As a homework exercise for Dean Writers Circle, I suggested writing a piece in second person, present tense. Not something we see very often, and now, having attempted it, I can understand why.

The first issue I had was getting the ‘you’ perspective into my head as the person writing the piece rather than it being addressed to a third person. There’s a difference between:

‘You are the love of my life’
and
‘You love her, deeply, totally’

Is it worth the effort? Here are two pros –

1. Especially when paired with present tense, second person gives a sense of urgency to the story, of immediacy. At first I wondered if it was more about the present tense rather than what pronoun we’re using, so did a little experiment:

The second person sentence definitely has more of a ‘horror’ feel to it.

Is it because third person is distant? We can be watching him/her pick up the knife from a safe distance, it’s not happening to us.
First person, we’re in control, so we don’t need to be worried – that knife is (likely) not meant for us, unless we want it to be.
But second person feels close, the reader/writer is involved, watching this for real – we become the character, but without the control of first person, as if we are puppets manipulated by a puppet-master. A fully immersive experience!

2. In reviewing various posts about the issue, I was told that because second person is unusual, it will feel fresh to the reader. Perhaps. But see second point against, below. 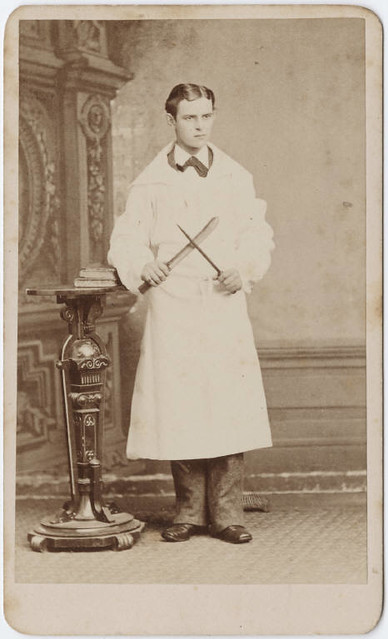 1. It’s extremely difficult to do well. Perhaps you can pull it off in short pieces, but a whole novel? The reason it’s difficult is the complementary side to the the major pro above. If the reader becomes the character, it needs to be a character they feel comfortable about being! Living out fantasies may be all well and good, but perhaps we don’t want too many readers who enjoy being the person who feels the sharpness of a knife against the ball of their thumb. (Unless it’s to carve the Christmas turkey.) Not all our readers will want to be seduced into becoming our main character.

2. While some readers may like the second person because it’s different, the examples I read felt strained, as if the writer was trying to be too clever. Worse, I had to focus on the story to make sense of it rather than let it flow over me.

A fun thing to play with, to stretch our writing skills, and if you tingle with excitement at the idea of writing a novel in second person, go for it – it will probably win the Man Booker…. For me, I’ll leave it be!

Go to my homepage for all the details and to sign up for news, tips, interviews and book reviews …

This site uses Akismet to reduce spam. Learn how your comment data is processed.