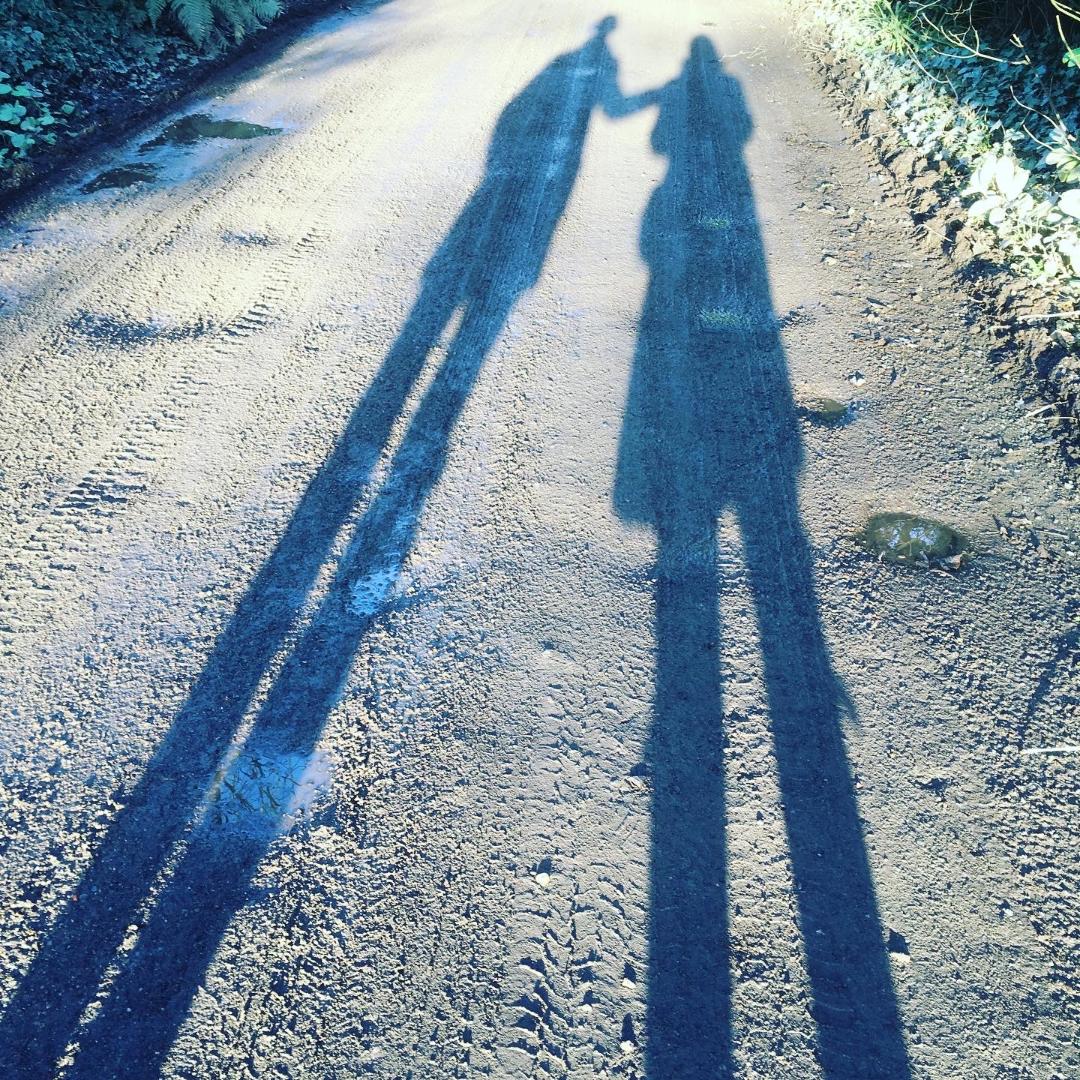 Giants stalk the land. They come in winter, garbed with long coats, hands on shoulders, waiting for prey …
Deer on the Forest path? Boar? Rabbits, foxes?
No … the wild creatures have no fear of the giants. They know the giants eschew deer, boar, rabbits and foxes. They can feast on much larger, more meaty, wild creatures in their own land of giants.
So what prey do the giants seek here on the Forest path, in the bright cold of winter?

The dog walker crunches on the icy snow. The dog runs ahead, sniffing out the freshness, tail sweeping through the chill.

Two humans, the recipe calls for. For the winter feast. The giants have learned it’s no use hunting at night. The human creature is a daytime animal. At least, the ones with the accompanying starter are.

The dog walker lifts his head to the sun, squints into the dazzle. Something ahead … where’s the dog gone?